Last Sunday I ran my first running race for 2013. I had planned to run this race during spring when I have heard about Run-Greece , a race series taking place in all major cities of Greece. This was a good opportunity for me to start training again after a long break for 3 months, between May and August, due to the birth of my son.

I start my training around mid-August, two or three times a week. The first four weeks were very disappointing and I was hardly running 5km with an average pace of ~6:20/km. I didn’t give up, even though I was about 5kg heavier than last year. I knew it was a matter of time to reach some better results, one year ago I was able to run 20+km with a steady pace of <5:30/km with ease. I had start worrying about my decision to run the 10km race, maybe it would be smarter to go for the half distance.

After 5 weeks of training, around late September, my body start to react on training, my feet was felt stronger, and my breath more normal, even after 6-7 km. One week before the race, I was able to run ~8km with a steady pace of 6:00/km. I knew I could run the distance at any time around 1 hour or so.

On Sunday morning, although it was showering rain I was feeling great ready to race after almost a year. I had my usual breakfast, wore my clothes, grab my bag and headed to Patras central square. The square was almost full of people most of them waiting to start the 10km race.

I started running quite fast, but soon I stabilized to a ~5:30/km pace, I kept it up to the 4th km. Then I felt that I had to slow down a bit. A lot of people pass by me until the 7th km. For the next two kilometers I tried to speedup since I was feeling quite good, this brought me to the last kilometer and I decided to give my best. The result as measured by the chip is reported in the official results page as 55:55. Given the overhead in the distance this is about a 5:30/km pace, I have reached my target.

Here is the route of the 10K race as I tracked it with my phone.

My feeling after finishing was that I could do much better. The time I performed was the same as I have done 3 years ago in 2010 Athens Classic Marathon 10K race, so it seems that if I continue training on a regular basis I will perform much better in the upcoming 2013 ACM 10K race on 10 November 2013. 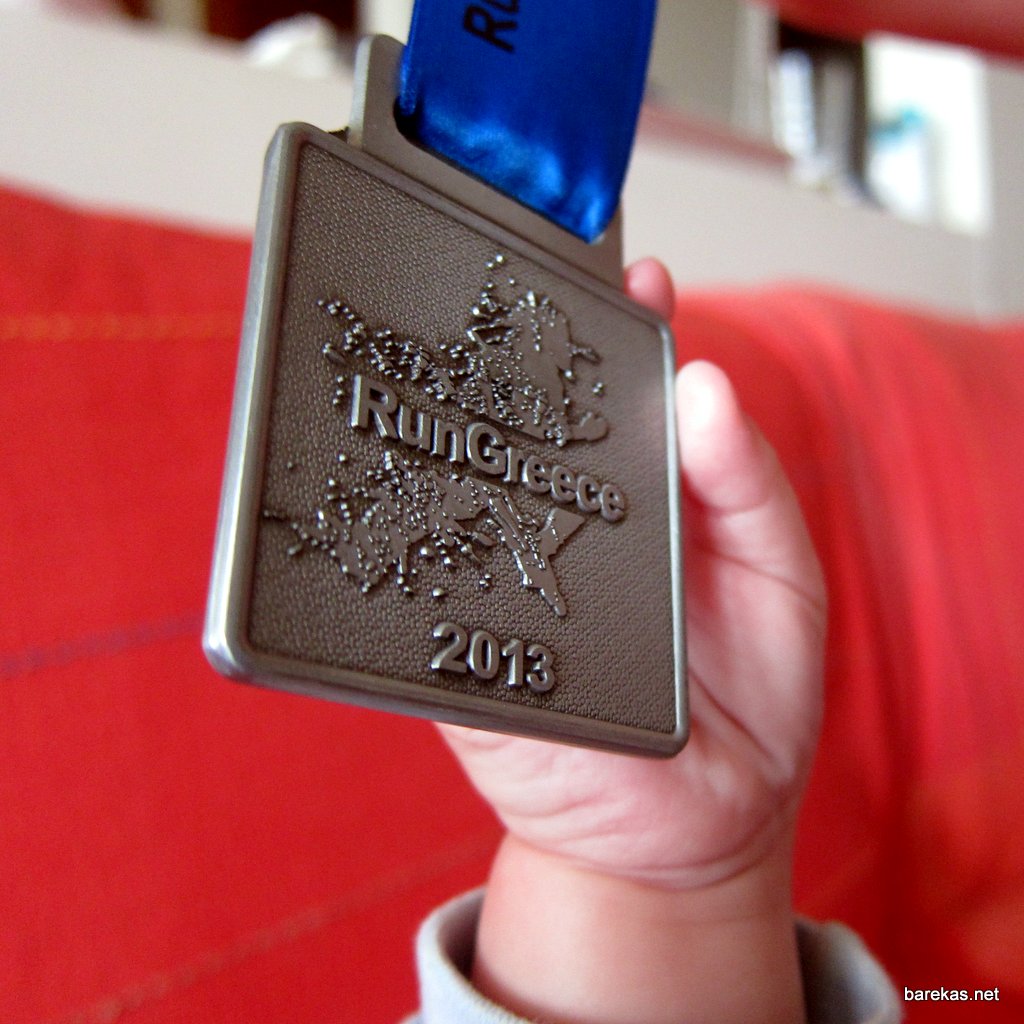 Time is running out fast …